Coaching Career: From CYO to High School to College 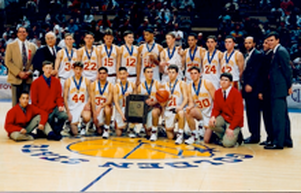 Northgate High School
Athletic Director Bob Johnson and Principal Joanne Haukland gave Coach Allocco his "first break" when they named him the Head Coach of the Northgate High School Basketball Program. Despite his lack of experience at this level, Coach Allocco's energy and enthusiasm was contagious as he led the Broncos to a complete turnaround in just one year. After an ambitious 22-8 start, Northgate continued to improve, and became California State Champions in 1995 and the California State Finalists in 1996. 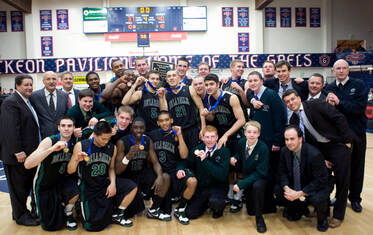 De La Salle High School
After a successful six year stint at Northgate, Athletic Director Terry Eidson convinced Coach Allocco to make the "five minute move" from Northgate to De La Salle. His hiring paid instant dividends as De La Salle emerged as a national power taking on anyone with their mantra, "anyone, anywhere." In Coach Allocco's eighteen years at the helm, the Spartans won 17 league titles, 9 Section titles, 3 Nor Cal Championships, and 2 State Championships. Under Coach Allocco’s tutelage, over 60 players have gone on to play College Basketball. 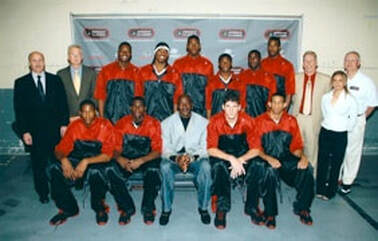 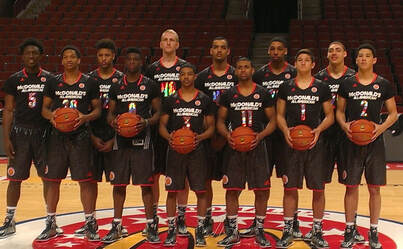 ​
​In 2014, Coach Allocco was named Head Coach of the McDonald’s All-American Game played at the United Center in Chicago. He was assisted by Brian Sullivan, his longtime Assistant Camp Director at Excel and his Assistant Coach at Northgate and De La Salle High Schools. Along with Coach Mark Noack (Assistant at De La Salle and Coach at Excel) they led the West Team to an exciting 105-102 Victory in a nationally televised contest.

University of San Francisco
After a legendary 24 year ministry at the high school level, Coach Allocco accepted a new challenge as the Associate Head Coach at the University of San Francisco. Coach Allocco joined an amazing team on the Hilltop that is committed to providing the best for the students, the community, and the entire Bay Area! He quickly elevated to an administrative role, serving as the Executive Senior Associate Athletic Director for External Relations.
Career Records
McDonalds AA game
Articles on Coach Allocco